David Hill
President
The Woodlands, Texas
David, currently working at ADHillCo, has over thirty years of experience in the consumer products having previously served as a GM/SVP at Rawlings, St. Louis, MO., Marketing Director at Nike, Beaverton, OR and as a Vice-President at Wilson Sporting Goods, Chicago, IL.. David's involvement in the Jackson Hill Foundation came after his son passed away following a nineteen-month battle against osteosarcoma. During Jackson’s illness, the Hill family received assistance from several organizations. As a result of this help, the Hills vowed to help other families in need. David is committed to leading the foundation in funding and building Jackson Hill Wellness Centers.  Jackson Hill Wellness Centers are open 24 hours a day for families of patients in the hospital offering them a respite from the stress of a hospital visit or stay.

Jennifer Hill
Secretary
Portland, Oregon
Jennifer is Jackson’s sister, and lives in Portland, Oregon where she is a attorney working at Angeli Law Group, as well as a coach for the award-winning Lincoln High School Constitution Team. Her favorite memory of Jackson is watching him run around a community pool as a chubby baby in an orange Speedo.

Drew Cotten
Treasurer
Dallas, Texas
Drew Cotten is proud to be working with the Jackson Hill Foundation. Working as a senior financial analyst at Montgomery Capital Advisers, he was Jackson’s cousin, but more commonly known as Jackson’s Lego-building buddy. He hopes to increase cancer awareness while simultaneously convincing people to donate more money to a great cause.

Larry Cotten
Richardson, TX
Born in Dallas, TX, Larry grew up in nearby Garland. Since graduating from Southwestern University in Georgetown, TX, Larry has spent the last 30 years in commercial real estate finance and is currently a Senior Vice President of Beal Service Corporation (a sister company to Beal Bank) in Plano, TX. Larry is married to Melinda Cotten (Melissa Hill’s sister). Larry and Melinda have three children – Greg, Drew, and Katherine.

Melinda Cotten
Richardson, Texas
Melinda Pentecost Cotten is a life- long Texan. She attended Southwestern University, and University of North Texas, and is currently the children’s chorus master for The Dallas Opera, and a voice teacher, choral clinician and adjudicator. She and Larry have three children – Greg, Drew, and Katherine. Melinda is involved with the National Charity League, Pearce Excellence in Education Fund, and is an active member of Highland Park United Methodist Church.

Jordan Hill
Portland, Oregon
Jordan is Jackson’s brother. Cultured by Chicago, Portland, and Los Angeles. Graduated from California State University Northridge, 2011 BA History. Enjoys running, lifting, reading subjects on US Supreme Court, US and Russian relations, Greek and Roman classics, and 19th century American politics. Number one goal on the board is to ensure Jackson’s legacy- is remembered and honored, not for profit, but for aiding others in need.

Karen Holce
Portland, Oregon
Karen is a full time (and a half) mother to three children (Jeff, Todd, and Carolyn) and is recognized in the community as a volunteer and leader in numerous roles. She loves to help others, in capacities ranging from being active in school community, National Charity League, and Young President’s Organization. She has served on numerous boards including Portland Art Museum, Portland Women’s Foundation and Albertina Kerr Centers. Karen earned a Bachelor of Science in Kinesiology from University of Colorado, Boulder. She is married to Kent Holce, an entrepreneur involved in automation products. Karen enjoys running, playing tennis and reading.

Debora Knapp
Portland, Oregon
Debora Knapp is the evening anchor at KATU, and keeps busy in her off hours with her two children, Parker and Lila. She’s lived in Portland since 2002. A native Northwesterner, Deb grew up in Tacoma, Washington and attended Eastern Washington University. An award winning journalist, Debora was honored for her documentary on John Glenn's return to space. Deb has been active with Make a Wish of Oregon. She is now a "wish granter," helping facilitate the wish process for children with life-threatening medical conditions. Deb, has a passion for the arts. She trained for 17 years in classical ballet. She and her husband live in Portland with their two children. 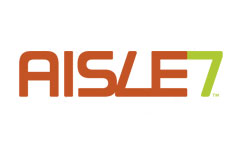 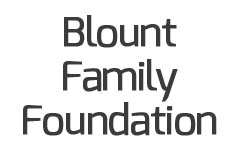 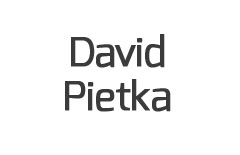 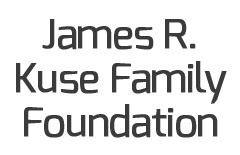